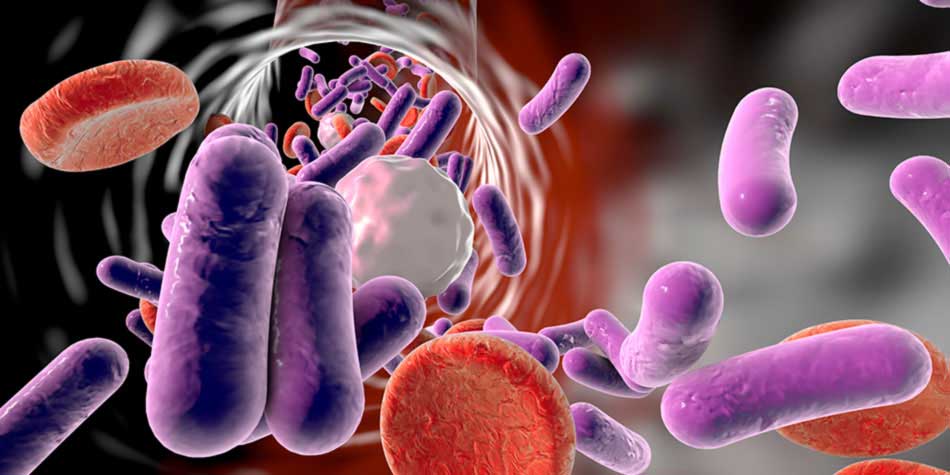 Severe sepsis is associated with a drop in blood pressure, which reduces the amount of oxygen and nutrients going to the body's organs. This loss of nutrients can cause serious damage to the organs. Septic shock is the most severe form of sepsis and occurs when adequate blood pressure cannot be restored despite treatment with intravenous (IV) fluids. Septic shock may lead to multiple organ failure and even death.

More than 1 million Americans contract sepsis each year and approximately 15 to 30% of them die from complications caused by the condition.1 Sepsis cases are increasing, perhaps because of:

Sepsis is not contagious, but the germs that cause the original infection may be.

Sepsis can be triggered by many different kinds of infections, including:

Septic shock happens when an infection overwhelms the body.

Infants and people over 65 years old are most susceptible to developing sepsis. Other factors that may increase the chance of infections that result in sepsis are:

According to the Centers for Disease Control and Prevention (CDC), “The most frequently identified germs that cause infections that can develop into sepsis Staphylococcus aureus (staph), Escherichia coli (E. coli), and some types of Streptococcus.2  For patients in a hospital, common sites of infection are:

Symptoms of sepsis may include one or more of the following:

If you are not feeling better after a recent surgery, tell your doctor immediately so that you can be assessed for the possibility of sepsis.

Your doctor will ask about your symptoms and medical history. In addition, a physical exam will be done.

Tests may include the following:

Sepsis requires immediate care to treat both the original infection and its subsequent impact on other areas of the body. Treatment may include:

Typically, sepsis patients are admitted to the intensive care unit (ICU) where they are given one or more of the following treatments:

If the lungs begin to fail, you may be put on a mechanical ventilator to help you breathe. Other therapies, such as kidney dialysis, or supportive measures also may be used.

Once the cause of the infection is determined, you will be given high doses of one or more antibiotics or antifungal medications.

Surgery may be performed to remove any dead tissue or to drain infections.

Most cases of sepsis and septic shock cannot be prevented, but there are steps you can take to help prevent getting infections that may escalate into sepsis. The CDC recommends these steps:

Many people with sepsis have a complete recovery, but those with a chronic illness may have permanent organ damage. For example, in someone who already has impaired kidneys, sepsis can lead to kidney failure that requires lifelong dialysis.

In addition, some researchers believe that sepsis may unsettle the immune system. The Sepsis Alliance reports that more than half of sepsis survivors suffer from post-sepsis syndrome (PSS). Long-term effects of sepsis may include:

What is an Appendectomy?

January 23, 2019
An appendectomy is the surgical removal of the appendix when an infection has made it inflamed or swollen. This infection, called appendicitis...
Previous Post
LewisGale Regional Health System

Preventing Teens From Driving While Distracted

January 16, 2019
Ways to help keep your new driver safe.
Next Post
Back to blog home

Do You Know the Earliest Signs of Autism?

Heads up for kid concussions

I’ve heard female athletes are at greater risk for knee injuries (ACL Tears). Is this true?

Burns: when to go to the ER